Siegel High School is excited to announce the 2019 Class of the Siegel Athletic Hall of Fame.

The Siegel High School Hall of Fame was created to honor:

Our inductees will be honored at a dinner at Siegel High School on Thursday, September 19, 2019. Then on Friday September 20, 2019 during the Siegel homecoming  game against Coffee County. 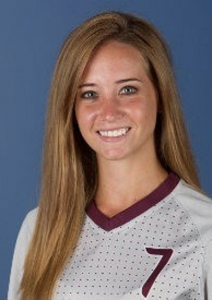 Kim was a 4 year starter that went to the TSSAA State Tournament all four years, finishing as a quarter finalist, 2 semi-finalist and a State Championship.

“From 2005-2008 Siegel was the dominant soccer team in District 7AAA and Region 4AAA and arguably the top team in the state.  Each of those teams had one common denominator, Kim Conrad.  Kim was a lynchpin to our success. Her uncanny ability to dictate a game, deliver a final pass, or finish a cross made her one of the most impactiful players of any team I have coached.  Her quiet unassuming demeanor masked the fierce competitor within. From her Freshman year in high school to her senior year in college, Kim’s teams advanced to no less that the quarter finals of their respective post season tournaments.  Kim earned 4 Championship rings in the process.  This is not a coincidence.” 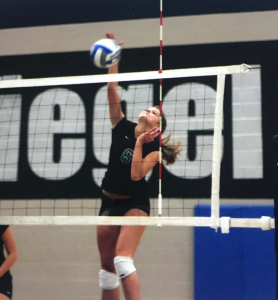 Brooke was a 4-year starter at Siegel

Brooke was a joy to coach.  She was a quite leader that always led her team to the top. She led by example on and off the court. Brooke had many opportunities to play at the next level but choose to focus on her studies. She is one of a kind!  Her teammates would agree that combined with her stellar athletic abilities, she also embodies an incredible leader, hard worker, go getter, never say die attitude. She may be one of the most decorated volleyball athletes, if not overall athlete, Siegel High has ever seen. She goes down as the best outside attacker Siegel High has to date.  I have been coaching volleyball for 15 years, and club volleyball 10 years at the high school level, I’ve yet to come across an athlete of her stature to date. 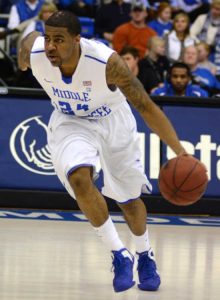 Kerry was a 3 year starter that went to the TSSAA State Tournament his sophomore year and senior year, finishing with an Elite Eight and a Final Four respectfully.

Kerry is a member of Siegel’s elite 1000 point club. He is currently 7th All time leading scorer with 1,242 points.

Kerry went on to play at Middle Tennessee State University where he played from 2010-2014 and amassed 869 career points, he still remains in the top ten in Blue Raider history in 3 pointers made with 135 made and 121 games played. Kerry received his bachelor’s degree in business (’14) and his masters degree in sports management (’16).

“From 2006-2010 Siegel was one of the dominant men’s basketball teams in District 7AAA and Region 4AAA. Each of those teams had one common denominator, Kerry Hammonds II. Kerry was a lynchpin to our success. His uncanny ability to dictate a game, deliver a final pass, or finish a basket or make game winning free throws to win a Region Championship, made him one of the most impactful players of any team I have coached. His quiet demeanor masked the fierce competitor within, Kerry was a true leader in the classroom, in the hallways and most definitely on the basketball court. 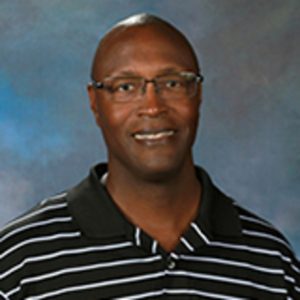 He went 113-55 during his five-year stint as head coach, guiding the Stars to three state tournament appearances. In 2005 and 2008 Siegel advanced to the semifinals, losing to eventual state champion Memphis Ridgeway both times. In 2006 Siegel lost to Whites Creek in the first round. Siegel won three Region 4-AAA tournament titles and two District 7-AAA tournament titles under Harris, who saw six players sign college scholarships and watched four players score at least 1,000 career points. The Stars went 27-12 in 2007-08 and return three starters next season in Kerry Hammonds, Marc Gooch and LeVon Tate. As a player Harris, who was the head coach at Holloway for one season before coming to Siegel, won a state title at Knoxville Holston. He was a vital part of the MTSU men’s team that upset Kentucky 50-44 in the 1982 NCAA tournament.

Coach Harris is a winner on and off the court. In his time coaching at Siegel High School we went to the state tournament three times, the Elite Eight once and Final Four twice. That’s quite a feat for any coach. 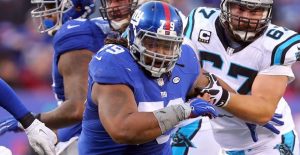 Montori Hughes was a 3-year starter on the football team in 2005,2006, and 2007.  His Junior year he was named All Region, All Area and All County.  As a Senior in 2007, Montori led Siegel with 106 Tackles, 25 Tackles for loss and 13 sacks.  He was named Region 4-5A Defensive MVP, All Region, All Area, All County and All Mid State.  He was voted Team Captain and Team MVP as a Senior and went on to be selected to participate in the Toyota East-West All Star Classic.  Montori also excelled on the basketball court lettering two years.  Montori signed a football scholarship with the University of Tennessee and later played at University of Tennessee – Martin before being selected in the 5th round of the NFL Draft by the Indianapolis Colts.

Coach Watson Says:  “Montori Hughes was a fierce competitor on the football field.  Montori was relentless, physical, fast, strong, aggressive – all the attributes you are looking for in a football player – Montori had them.  Montori led the 2007 Siegel football team to the brink of a first ever playoff berth.  Montori led the charge on a defense that helped the Stars win 4 in a row before falling on the last play of the game in week 10 at Lebanon to narrowly miss the playoffs.  Montori blocked punts, sacked QBs, batted down passes, dominated the line of scrimmage and most importantly willed and motivated his teammates to play at a higher level.  Montori made great strides while at Siegel and matured into one of the greatest and most passionate football players I have ever coached. Montori gave all he had for Siegel High School.“

Mr. Nolan opened Siegel High School in 2003.  He supported athletics and made them important here at Siegel.  His leadership is what allowed Siegel to be competitive in so many sports at an early stage in the schools history.  During his 10 year tenure at Siegel, Mr. Nolan was visible at almost every sporting event on campus.  You can still catch him at football games every now and then. 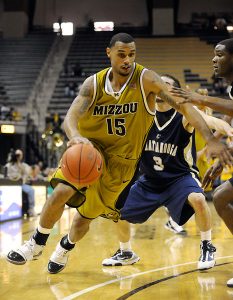 Keith led his team to a 59-12 mark over his final two seasons, including back-to-back appearances in the Tennessee Class AAA State Championships … Known as

a big-game performer, he averaged 16.0 points and 9.3 boards in three state tournament games and led his high school to the Class AAA Final Four in 2005 … Was picked a first team all-state selection as a senior by the Tennessee Sports Writers Association and averaged 16.2 points and 11.4 rebounds after recovering from a knee injury early in his senior campaign.

Keith played professionally from 2011-2018 in Europe where he started 147 games for four different organizations. He averaged 9.8 points per game in his time in Europe. 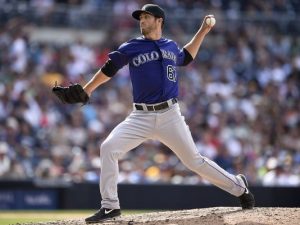 He drafted by the Colorado Rockies in the 25th Round of the 2010 Major League Baseball draft.

Kenneth spent 6 years in the minor leagues traveling around playing for the Casper Ghost in 2010, Tri-City Dust Devils in 2011, Asheville Tourists in 2012, Modesto Nuts and Tulsa Drillers in 2013, Tulsa Drillers in 2014, Albuquerque Isotopes and Lehigh Valley IronPigs in 2015.  In 2015 Kenneth was called up to play for the Colorado Rockies and then was traded to the Pittsburg Pirates. 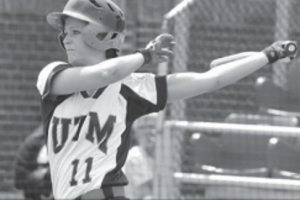 Megan was an integral part of the success of the Siegel Softball Team.  She was a fierce competitor and a threat every time she walked on the field.  Competitors knew who she was.  Megan was a leader on and off the field and lead by example.  She was one of the toughest athletes I have ever coached, and I would love to have many Megan’s on my team.  Loved her spirit, love and passion for the game, teammates and coaches.  Her success not only was at the high school level but continued on into college as well.  Megan truly exemplified what a student/athlete is all about and goes down as one of the most decorated players to ever play the game.