Congratulations to Jade Ives and Brooks Leyhew on being named Siegel’s Scholar Athletes of the Month for January 2020.

Jade is a Freshman wrestler that wrestles in the 170 pound weight class for the Siegel Wrestling team.  She is a part of Siegel’s first full girls wrestling team. She is a fan of the band Marcy Playground.  Jade has a 4.0 GPA.

Brooks is a Senior on the Golf and Bowling teams.  He qualified for the TSSAA 2020 State Bowling Tournament where he was eliminated in the Semi-Finals and placed 12th in the State.   His favorite food is pizza. Brooks has a 4.0 GPA. 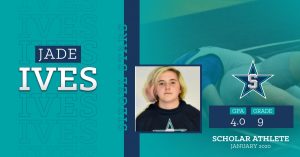 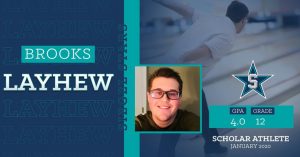