Jack Nedrow threw a shutout to lead the Stars past Stewarts Creek 2-0 on Wednesday.

The pitching was strong on both sides. Nedrow struck out nine, while the Red Hawks  pitchers sat down seven.

In the first inning, Siegel got their offense started. Dylan Taylor grounded out, scoring one run.

A single by Luke Dymond in the second inning was a positive for the Red Hawks.

Braxton Baird, Jackson Cauthron, and Eli Strayer each managed one hit to lead the Stars. Siegel didn’t commit a single error in the field. Cauthron had nine chances in the field, the most on the team. 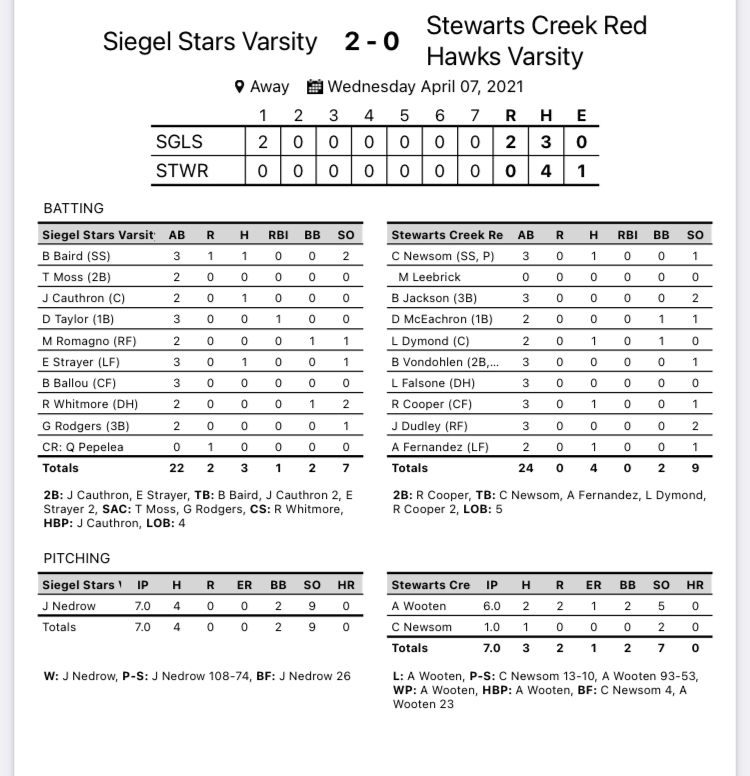