The Siegel High School Hall of Fame was created to honor:

Our inductees were honored at a dinner at Siegel High School on Thursday, September 27, 2018. Then on Friday September 28, 2018 at halftime of our Alumni Night game against Smyrna.

You can read the Banquet Program here. 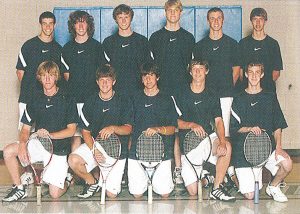 The 2006 Boys Tennis Team was coached by Hillary (Maxwell) Hodge . They racked up a team record of 17-3. The team defeated Science Hill 4-2 in the Semi-Finals of the state tournament and beat Brentwood 4-1 to win the 2008 TSSAA AAA State Championship 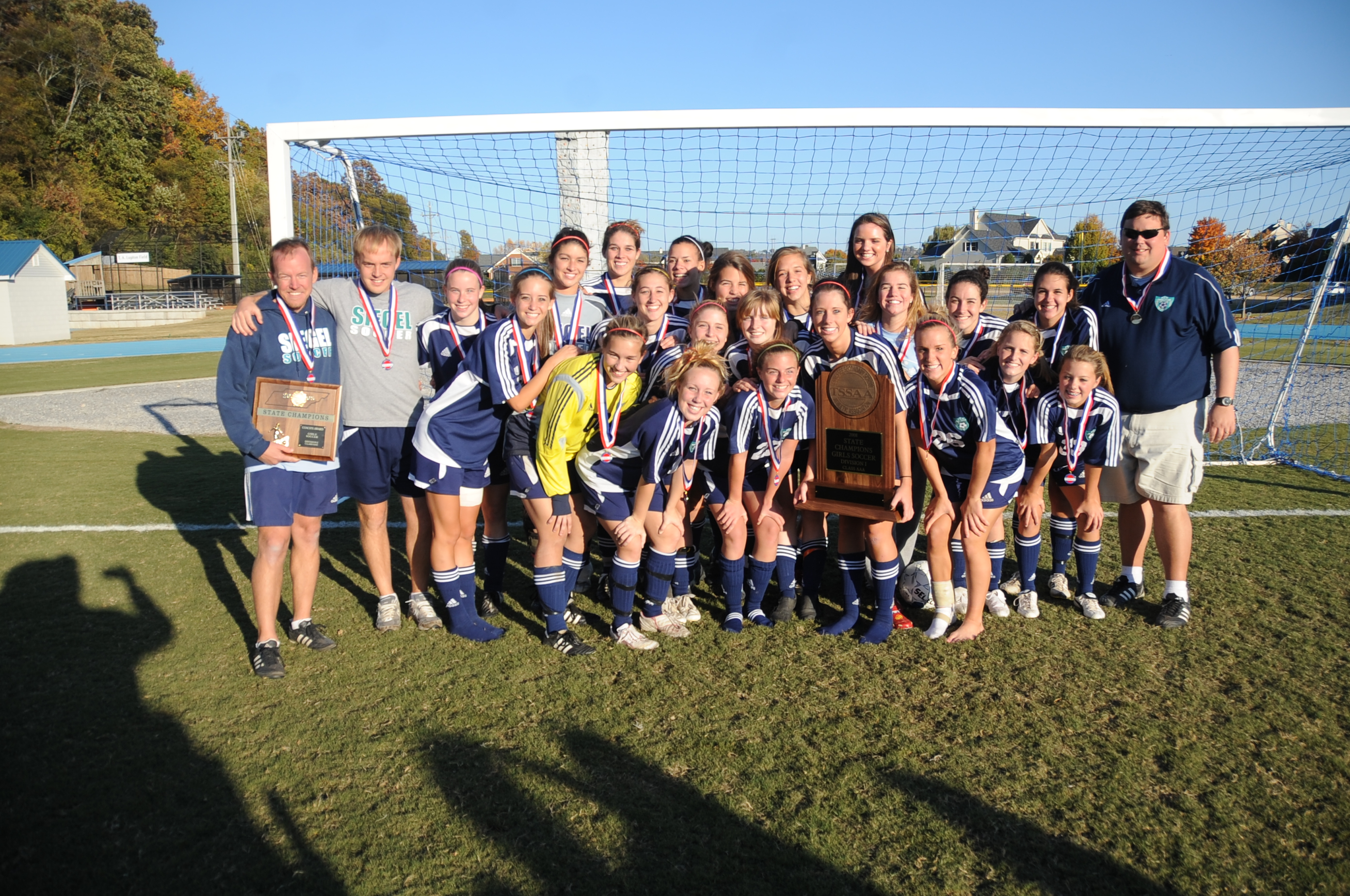 The 2008 Girls Soccer team was coached by Eric Shelton.  They finished the season 19-4-1 and  defeated Houston 2-1, Franklin 2-1, and Brentwood 2-0 on their way to winning the 2008 TSSAA AAA State Championship. 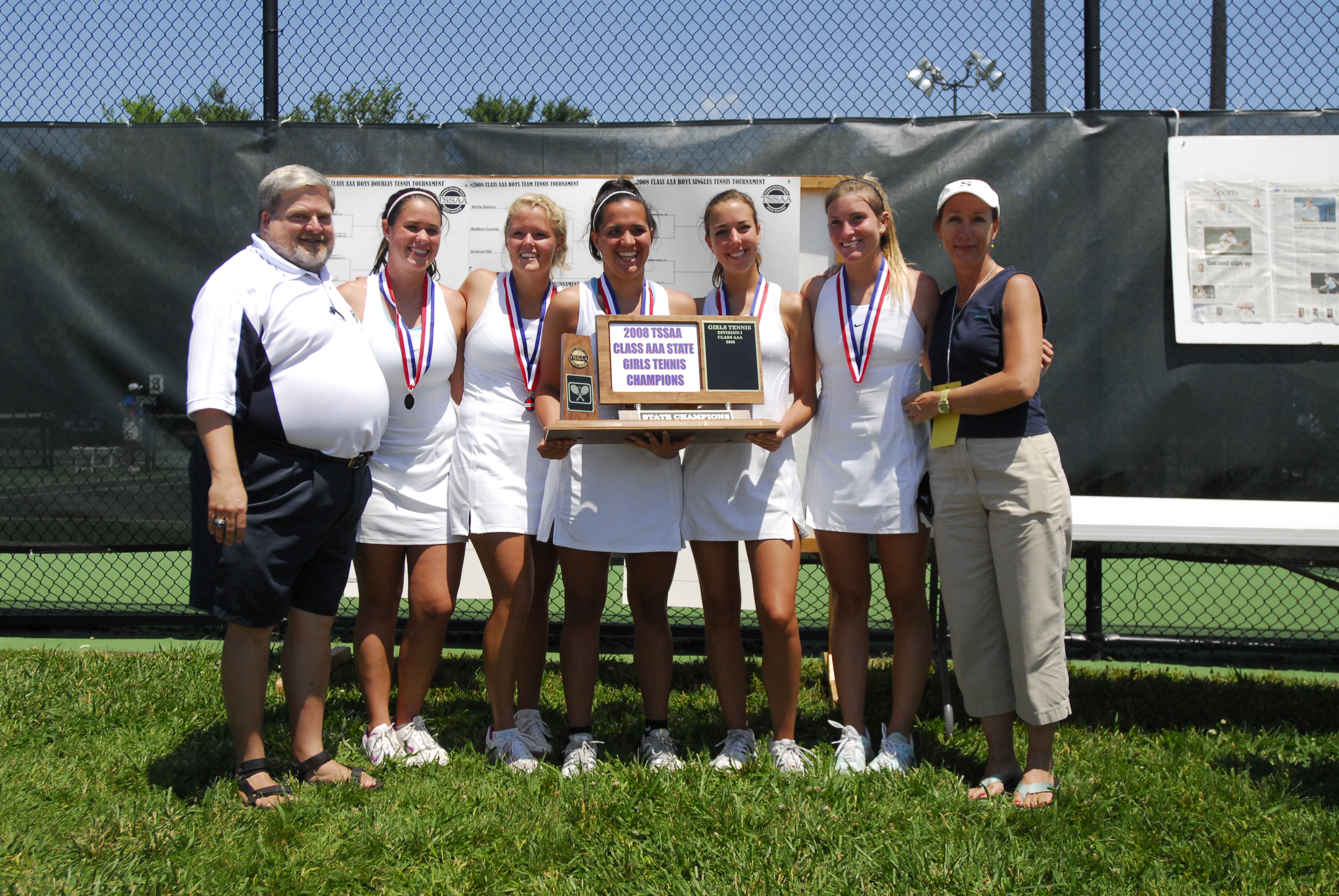 The 2008 Girls Golf Team was coached by Jeff Martin. They racked up a team record of 16-2. The team defeated Brentwood 4-3 in the Semi-Finals of the state tournament and beat Tennessee High 4-2 to win the 2008 TSSAA AAA State Championship. 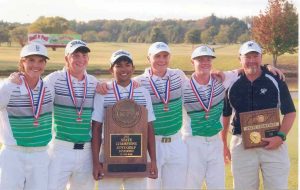 Team members Arjuna Anday, Keifer Clary were named to the All District team and Arjuna Anday (2nd in State tournament) was named All State.

Kelvin won the the TSSAA AAA State Championship in the 800 Meter.

Hill went on to run track at Georgetown University.

Since graduating, Kelvin has been working in Advertising in Chicago. Hill will be running in his fifth marathon in October. Kyle went on to play Tennis at Middle Tennessee State University. He is currently working in finance.  Kyle is married to the former Celeste Johnson.

Ashlee finished her high school career with a 72-9 singles record and a 60-7 doubles record… She was Named the Tennesseean All Mid-State  Girls Tennis Player of the Year in 2012 and 2013… Earned the district championship in her sophomore, junior and senior years as well as the region championship in her junior and senior seasons… Earned the honor of Daily News Journal Tennis Player of the Year and to the All-Area tennis team from 2010-12

Ashlee didn’t surrender a set in the 2012 State Championship tournament.  She defeated Sarah Hall (Hendersonville) 2-0, Nithya Kanagasegar (Cumberland Co.) 2-0, and Josie Rogers (Dobyns Bennett) 2-0 on her way to being the 2012 TSSAA AAA Girls Individual State Champion.  Boles (17-3) had lost to Rogers in the team competition earlier in the week. Boles became the first Rutherford County girl to win a tennis individual state championship in the 49-year history of the tournament.

Boles went on and played on the varsity tennis team at the University of Tennessee. She was tennis captain my junior year. Ashlee graduated this past December with a Degree of Science: concentration of Microbiology. She will start Physician Assistant School at South College this Fall. In 2013 Marissa was part of the Siegel doubles team that won the TSSAA State Championship.  As a senior in 2014 she was named to the 2014 Daily News Journal All Area Girls Tennis team and was the District 7 AAA and Region 4AAA Singles Champion.  Marrisa qualified for the TSSAA State Tournament in singles in 2014.

Marissa went on to play tennis at Bellarmine University in Louisville, KY As a sophomore, Nicole posted a 18:44.13 on her way to winning the 2012 TSSAA Girls Cross Country State Championship.

Nicole is running cross country at the University of Alabama and is double majoring in Biology and Psychology. Brent was ranked as a three-star prospect by ESPN.com and 247Sports.com while earning a pair of stars from Rivals.com and Scout.com…. ESPN.com listed him as a Top-30 dual-threat QB in the class of 2013…. Was a 2012 Mr. Football finalist, Tennessee Titan Player of the Week, 2012  7AAA Most Valuable Player, 2012 Daily News Journal Most Valuable Player, 2012 Tennessean All Mid-State, 2012 Tennessee Sports Writers All State, Selected to play in the Tennessee Athletic Coaches Association All Star Game.

Brent led the 2012 Siegel football team to it’s best record (13-1) in school history and guided his team to the schools only TSSAA Semi-Final Playoff game appearance.  His class graduated with the most wins by a class in school history.

Brent has earned his Bachelors and Masters Degrees.