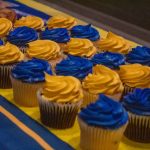 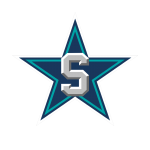 Sophie Golliver didn’t allow a single run as Siegel defeated LaVergne 15-0 on Tuesday. Golliver allowed just three hits. Siegel secured the victory thanks to eight runs in the fourth inning.  Caitlyn McCrary, Hannah Milhorn, Golliver, Abby Parker, Presley Leebrick, and  Vanessa Westfall each had RBIs in the big inning. Siegel got on the board

Siegel snagged a late lead and defeated Hoover 10-7 on Wednesday.  The game was tied at seven with Siegel batting in the bottom of the third when Caitlyn McCrary doubled on a 0-1 count, scoring two runs. McCrary led Siegel to victory by driving in four runs.  She went 2-for-3 at the plate.  McCrary drove

Siegel defeated Haleyville 5-0 on Wednesday as two pitchers combined to throw a shutout. Bailey Rankhorn induced a groundout from #22 to finish off the game. Siegel fired up the offense in the first inning.  Caitlyn McCrary grounded out, scoring one run. A single by #14 in the third inning was a positive for Haleyville.

Hayden got things moving in the first inning.  #19 doubled on a 1-1 count, scoring one run. In the bottom of the second inning, Siegel tied things up at one when Claire Czajkowski hit a solo homer. Hayden pulled away for good with three runs in the third inning.  In the third #1 singled on

Siegel took the lead late and defeated Hewitt-Trussville 5-3 on Monday.  Siegel was down 2-1 in the top of the fourth inning when Caitlyn McCrary homered on a 0-1 count, scoring four runs. McCrary led Siegel to victory by driving in five runs.  She went 3-for-3 at the plate.  McCrary drove in runs on a

Sophie Golliver didn’t allow a single run against Vestavia Hills, throwing a complete game shutout and leading Siegel to a 3-0 victory on Monday The pitching was strong on both sides. Golliver struck out two, while Charity Bibbs sat down five. One bright spot for Vestavia Hills was a single by Hannah Grace Roden in

Sophie Golliver had all the right stuff on Friday for Siegel, allowing zero runs and besting Baylor by a score of 6-0 Siegel pulled off the big victory without ever scoring many runs in an inning. The most they scored was two in the fifth. A single by #15 in the third inning was a

Siegel scored six runs in the third on its way to an 8-1 victory over Rogers on Friday.  The offensive firepower by Siegel was led by Lauren Lee, Reagan Duran, and Vanessa Westfall, all driving in runs in the inning. In the first inning, Siegel got their offense started when Olivia McElroy drew a walk, 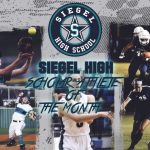 Congratulations to Presley Leebrick and Jordan Christmon on being named Siegel’s Scholar Athletes of the Month for March 2019. Presley is a Senior on the Softball team.  She was named to the All District and All Tournament Teams in 2018.  She is hardworking, passionate, and caring.   Presley has a 3.50 GPA. Jordan is a Junior on the Baseball team.  He is driven, focused, and kind.  Jordan has a 4.0

Siegel watched the game slip away early and couldn’t recover in a 5-1 loss to Oakland on Wednesday.  Oakland took the lead on a home run in the second inning. Oakland got things started in the second inning when Onnika Spencer hit a solo homer. Oakland scored three runs in the fifth inning.  Shelby Sargent