Congratulations to Sarah Wilkerson,  Braden Kaiser on being named Siegel’s Scholar Athletes of the Month for October 2020. Sarah is a Junior on the Cross Country team.  She helped her team finish 4th in the TSSAA State Cross Country Meet last week. She set a personal record in a meet this year at 19.05.  Sarah has a 3.6 GPA.

Congratulations to Jessica Hoeft,  Brennan Thomas and Alison LaLance on being named Siegel’s Scholar Athletes of the Month for September 2020. Jessica is a Junior on the Golf team.  She is Siegel’s #1 girls golfer. She helped guide her team to the 2019 District Championship while finishing as the Individual District Champion.  Jessica has a 4.0 GPA. Brennan is a

ORDER NOW FOR CHRISTMAS! Balfour Website Balfour Letter Jackets The highly coveted letter jacket trumpets scholastic achievements in athletics, music, the arts, etc. It’s a great way to showcase your passion, skill and hard work for now and years to come. Wearing a Balfour letter jacket honors the spirit of your school and your impressive 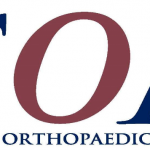 Tennessee Orthopaedic Alliance and physicians/staff from Middle Tennessee Medical Center will again offer free pre-participation exams for prospective Rutherford County middle and high school student athletes on Saturday, April 25, 2020.  To make this day go as smooth as possible, please note the following, click here. ALL athletes are required to have a physical dated 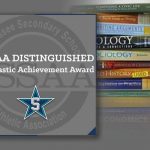 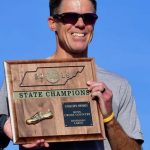 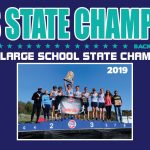 Nashville, Tn. (November 2, 2019) – Siegel High School boy’s cross country has won its third title in a row after competing in the TSSAA Division 1 Large Cross Championship at the Steeplechase Championship Course in Percy Warner Park in Nashville, Tennessee. The elusive three-peat has not been done since the 2011, 2012, and 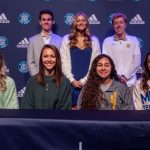 Siegel High School had seven athletes sign National Letters of Intent on the NCAA’s first signing date for the 2019-2020 school year.  Siegel would like to thank these athletes for the tremendous amount of time, dedication and hard work that they have given to their school and teams. PHOTO GALLERY